Australia
Greg Norman, with his shocking blond hair and power game, compelled attention. His attacking style did not always come off but twice he played rounds of such quality that he could not fail to win two Claret Jugs.

Greg Norman shot a course record on the way to a 5 stroke victory to capture the Claret Jug for the first time.

Norman captured his second Open Championship at Royal St George's in 1993, fighting off Nick Faldo and finishing with a score of 267.

Greg Norman, with his shocking blond hair and power game, compelled attention. His attacking style did not always come off but twice he played rounds of such quality that he could not fail to win two Claret Jugs.

At Turnberry in 1986 he scored a 63 in the second round, equalling the Open record. It was wild and windy that year, but Norman played so well he had a chance for a 61 before three-putting at the last. He went on to collect a long-awaited first major by five strokes.

At Sandwich in 1993, against one the best leaderboards ever seen, he produced a final round of 64 to beat Nick Faldo by two strokes. It remains the lowest score by a Champion Golfer to win and his total of 267 is still a record. Gene Sarazen, the 91-year-old former Champion, said: “Today, I saw the greatest Championship in all my 70 years in golf.” 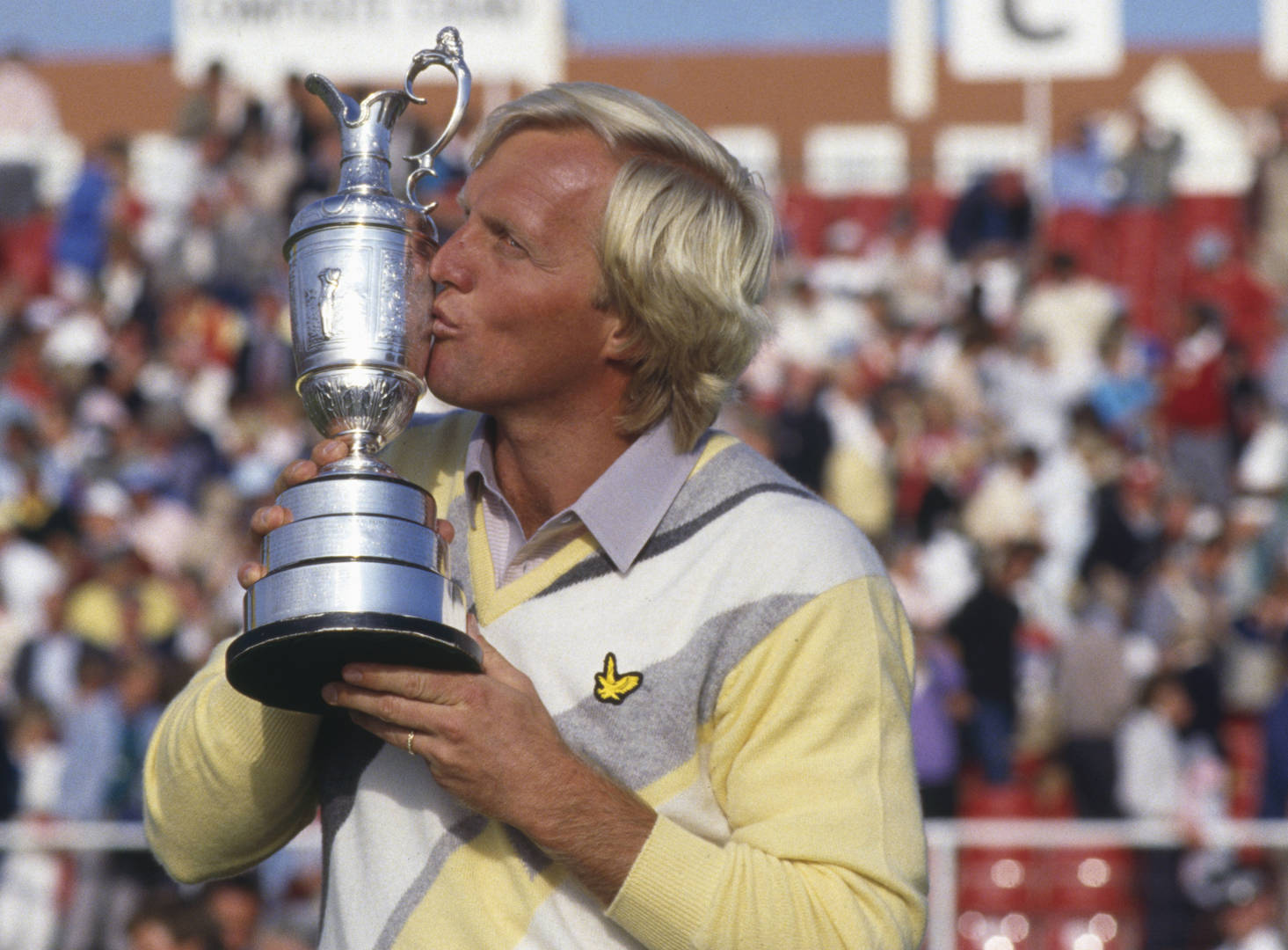 Norman spent 331 weeks as the world No 1 and for a time was the longest straight driver in the game. But the Great White Shark also suffered many disappointments. In 1986 he did the “Saturday Slam”, leading after 54 holes of all four majors, but only won at Turnberry.

He also lost play-offs at all four majors, including at Royal Troon in 1989, and lost successive Majors when Bob Tway, at the 1985 PGA Championship, and Larry Mize, at the 1987 Masters, produced miracle hole-outs.

In 1996 at Augusta, Norman led by six strokes from Nick Faldo but lost by five as the green jacket eluded him again. Norman became a hugely successful businessman with interests in course design, turf licensing, wine, clothing and restaurants.

As a 53-year-old in 2008 at Royal Birkdale, he led after 54 holes but eventually finished six behind Padraig Harrington.